Dana and Judy Prieto Ministering Together 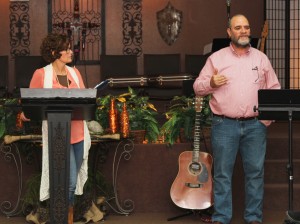 In 1998, the Holy Spirit showed Judy that she and Dana would teach prayer seminars.  With two young children and a mountain of debt, there seemed no possible way. Many times, the instruction received is for a future date and there is a season of growth and proving which was the case for them. Judy and Dana were mentored in prayer by other seasoned ministers and they continued to develop concerning the things of the Spirit and lead as many as five prayer groups a week in the early 2000’s.

The Holy Spirit crafted an intimate atmosphere where hearts were laid bare. The prayer meetings were small and the people felt comfortable which is such an important element of prayer. Many were infused with strength and received great encouragement from the continual flow of the Gifts of the Holy Spirit and the sweet presence of God. Dana would often play his guitar by the leading of the Spirit ushering in the weighty presence of God.

In 2018, they sensed a stirring that their private ministry to a few was changing. They sensed the time had come to take prayer into churches and start “City-wide” prayer. City-wide prayer meets monthly at host churches to pray for the local area of the church.

Dana has a rich and diverse background; He has an extensive business and entrepreneurial 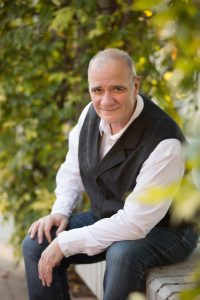 background and ran for State Senate in 2016. He is well-versed in government and the church. Dana is a precinct chairman and State delegate for the GOP in Oklahoma. He stays active fighting tyranny on two levels, in the Spirit and in the natural.

II Timothy 3 tells us that in the last days, perilous times will come and many will be deceived. We see that being played out in the political arena. Dana carries a powerful message on the role the local church plays in today’s world.

“Your vote is your seed, yet many of us don’t understand the importance of that seed. In ignorance, they either don’t plant the seed or plant it in rocky ground.”  When planted in wrong soil, the seed will grow into a government that oppresses Christianity. The church is to be the restraining force upon the earth. Continued ignorance will cost the Body of Christ the freedom we take for granted that allows us to preach the gospel without limits.

God uses Dana’s diverse skill sets of musician, Bible teacher, and a man of prayer to bring light and understanding in this critical area as well as teaching Business Seminars and ministers on flowing in the gifts of the Spirit.

Dana’s story began in his early 20’s when he received a supernatural deliverance from drugs when he was baptized in the Holy Spirit in 1978. Set free from the kingdom of darkness, Dana soon began using his musical talents for the kingdom of God. In 1985, Dana played guitar for Lester Sumrall, Gloria Copeland, and TL and Daisy Osborn at citywide crusades in Niagara Falls, New York. Over the years, he has also had the privilege of playing guitar at Rhema Bible Church and World Outreach Church.

He published his first book in 2014, “The Seven Principals that Changed the Planet Will Change Your Life.” His varied experiences allow him to minister to people in many walks of life. 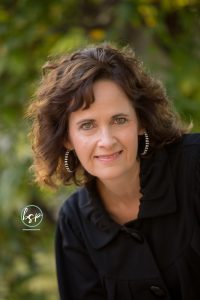 In the early 80’s, Judy was drawn to the area of prayer. Rising early before the children awoke, she would seek out a quiet place to meet with God. She continued on her own, stumbling into God’s presence but never understanding how she got there or how to return to his sweet presence.

It wasn’t until the early 90’s that God provided a prayer mentor that taught Judy how to enter God’s presence whenever her heart desired. At times, the presence of God was so strong that she lingered in the presence of God for hours, one time for a week. On one occasion, Judy went directly to work after prayer. Her boss asked her what the light was that was coming out of her eyes. She learned through experience that the secret to flowing in the Gifts of the Spirit was to develop them in the private place of prayer.

Judy and Dana graduated from Bible school in 1997. She then served as Executive Director for Kids Crusades for Jesus Christ, carrying revival to children and emphasizing the move of the Holy Spirit. As the Spirit of God flowed, children had visions, spiritual dreams and many were healed. Hundreds of children received the baptism of the Holy Spirit. Many adults were encouraged, strengthened and valued children’s ministry in a new way as they witnessed first-hand how God wanted to move among the children.

Serving in the business world for many years, Judy has worked in sales, education, government, and small business. Her background helps her to present the gospel in a clear, lively, and enthusiastic manner.