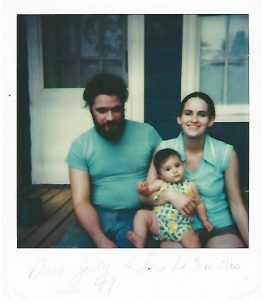 Journey to Prosperity- The Early Years

My husband grew up in that kind of house. While his father made enough money, his mother always found ways to spend more than what he made. Consequently, they never had enough. They got saved later in life and were lovely people, but they died broke, living on social security. It was certainly not Gods best.

My parents, on the other hand, were planners. They had a plan for everything. But, my father was stingy and full of reasoning and logic and was always lecturing somebody about something. They were able to leave a small inheritance to their children when they passed.

When we married, we were recently born again. We are first generation Christians from unsaved homes and had no Biblical teaching to guide us. Neither set of middle-class parents taught us anything about the Bible or money. We never learned about budgeting, saving, or preparing for old age. We both had educated parents, but like so many others, we came to into our marriage with a financial learning deficit that we didn’t know we had.

We always struggled with money. The beginning was really tough on us. We carried the silent, yet weighty baggage of our childhood into our marriage.  I married young and without an education and I always beat myself up for that, feeling my early marriage was the reason we struggled so much financially.

But, after a few years of Biblical teaching, we developed enough in our faith and spending habits to pay our bills and buy a home. We continued to grow in our faith, and after 14 years of marriage, theLord led us to Oklahoma to attend Bible school. It was the best decision we could have ever made. We immersed ourselves in the Word of God and grew rapidly in so many ways.

We were faithful students and practiced what we learned to the best of our ability. Year after year, we gave and confessed what the Bible says about money. There were a few years where the finances were great. But, even during those good years, we still never had enough.  We never had enough to follow our ministerial dreams and definitely not enough to give much away. We wanted to give, and save, and plan for retirement, but it seemed like we always hit the wall of “not enough.” Our visions were stymied and stopped. But, we kept on because we knew the plan of God for his children was prosperity.